Information and discussions on congestion in Kruger
63 posts

As a topic for our 2013 AW picture marathon, like last year's brilliant rhino pic marathon, I discussed an idea with the committee as follows:
With the latest announcement by Mr Phillips from SANParks that the two hotels in the South of Kruger are still in the pipeline, maybe it is time for a reminder of the chaos that overcrowding due to the already congested tourist population can create! Obviously the hotels and future camps/lodges throughout Kruger create extra beds not reflected on day-visitor numbers.

Post your pics there regarding any examples of overcrowding in camps, picnic spots, lookouts, roads etc. We'll send them on to the press, authorities, organisations, Avaaz, Parliament and others., in smaller form, obviously, like a collage!

Pics can be from 2009 onwards, when the Malelane Hotel was announced, and an approximate location and year should accompany them! Pics from all over Kruger welcome, as it fits in with the current and potential problem anywhere!


The thing is, SANParks may use "overcrowding" as an excuse for limiting tourists to only allowing game drives to be done on OSV's, as per Tanzania and what not, thereby eliminating the "self-drive" option. This is already part of the Hotel mentality, and SP want the financial profits private operators currently enjoy, although those are not massive at all!

In the meantime, the overcrowding caused by never lowering the "temporarily" increased day visitors quotas during the Soccer World Cup, for example, speaks volumes. We say just stop developing and commercialising! (It's not about the Money!!!!)

There have always been "traffic jams"....but never as now!

This isn't even a traffic jam...rather a "procession" all the way from Kruger Gate to Skukuza last year...

Then the worst I've seen...a lion kill on the Mlambane Road over a long weekend in 2011, I think. This is where rangers and honorary rangers had to eventually literally direct traffic so everyone could have a photo op and then move along!

It was only the morning "show" and got worse! 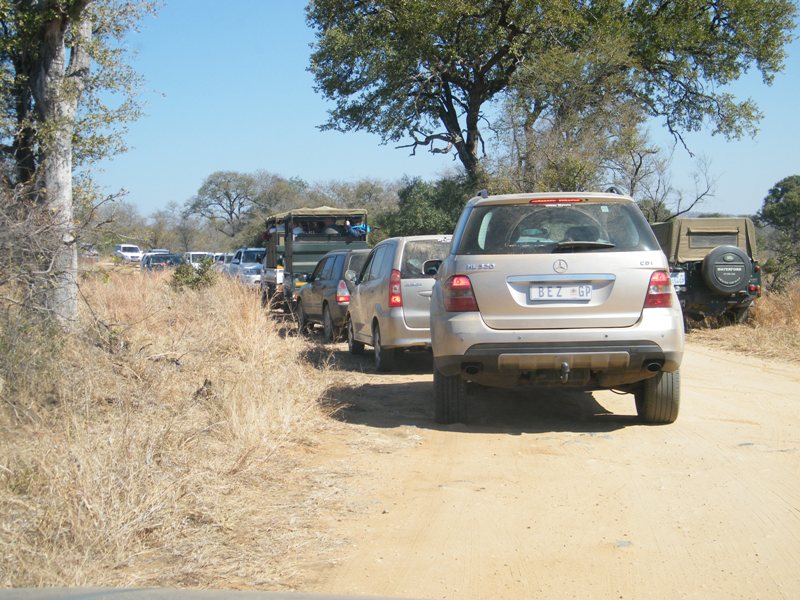 The afternoon session, from the other end of the road: 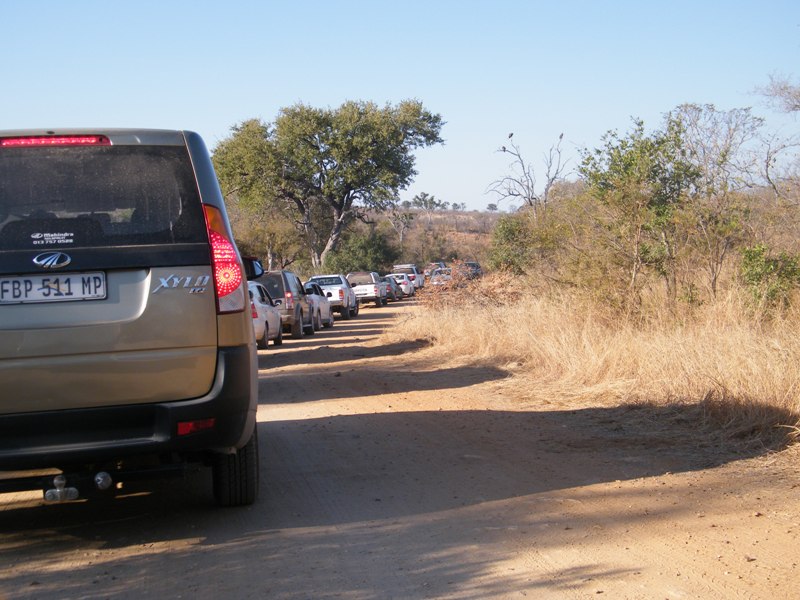 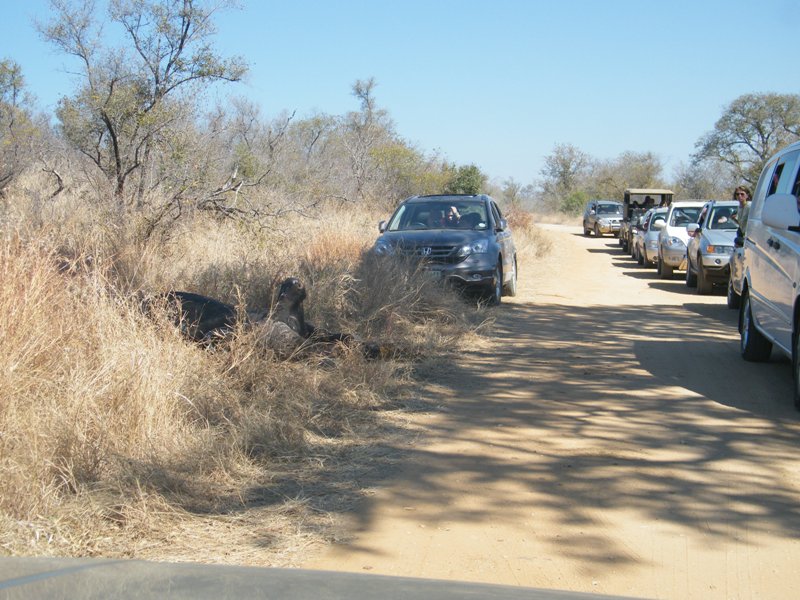 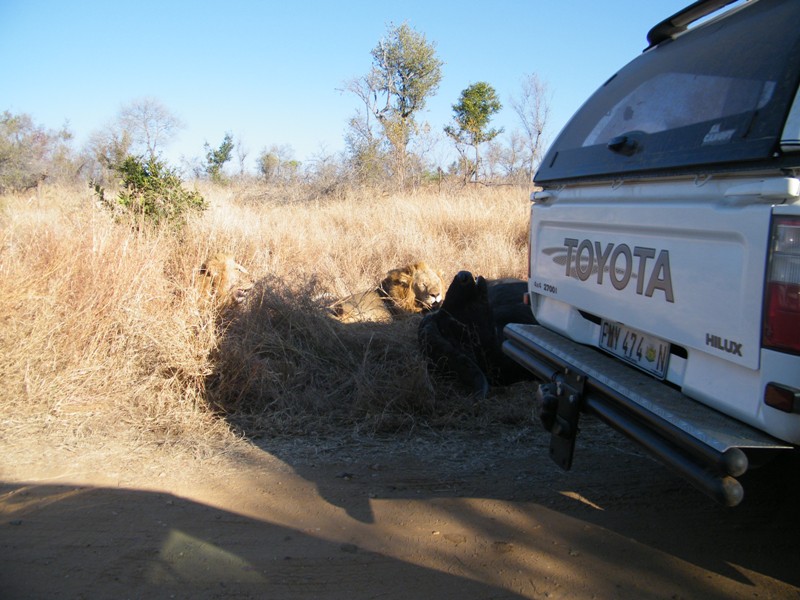 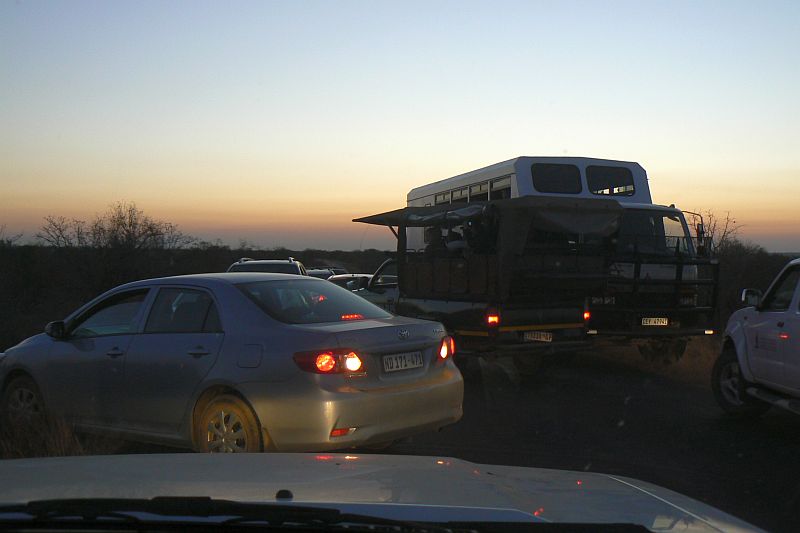 And you guys are trying to convince me to go to the south????

Sometimes it’s not until you don’t see what you want to see, that you truly open your eyes.
Top 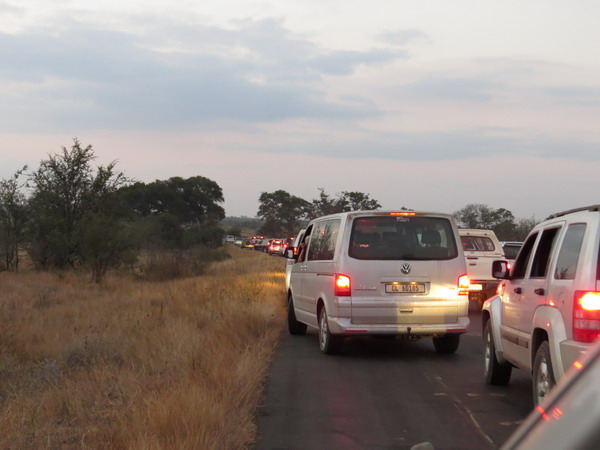 all the way to the camp?
Top

all the way to the camp?

No, until just past the last car you can see in the pic

Not just roads... departed Mlondozi Picnic spot in 2010 upon arriving to see this! 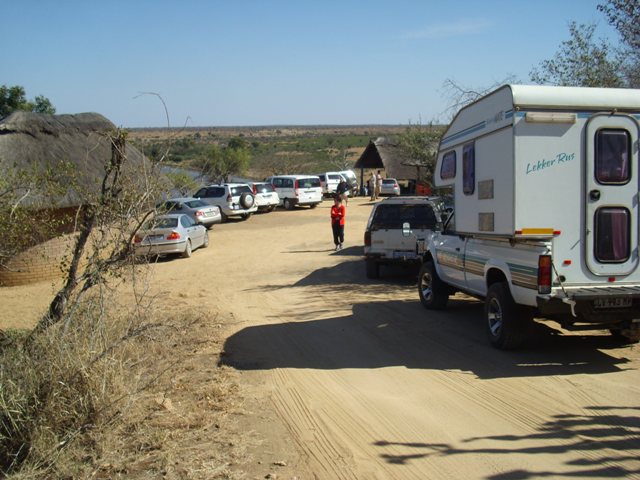 Return to “Congestion in Kruger”